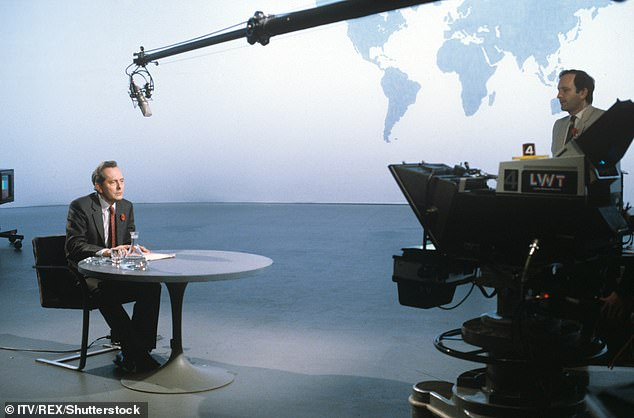 I was young. A rookie reporter in every way. But as a student, I freelanced for BBC Radio Birmingham. Extensive coverage of the 1974 General Election stretched the station’s resources to the limit. It was a case of all hands on deck, plus volunteers.

“Would I like to join the political coverage on the night?” Truth told, at the time, I thought Hansard was an up and coming goalkeeper but I jumped at the offer. Suddenly I saw myself as Robin Day or David Frost. The key media inquisitors of the day. The politicians had better look out.

“Prepare to work through the night,” I was warned. No problem. I was a student. “And we’ll start the evening with a team dinner at one of the City’s top restaurants.” It just got better and better.

The dinner was a riot. The wine flowed. And you had to be alert to avoid the bread rolls as they flew through the air. We were a young team all round.

At about 10:30 pm I was dispatched to City Hall to await the result. The constituency I was to cover was Birmingham, Ladywood. The hours passed and your intrepid reporter began to regret that last glass, or more, of red wine.

Eventually, the result was declared… Brian Walden - “Labour” - I intoned into the microphone, trying to sound as sober as possible.

The evening or early morning by now was increasingly taking its toll. My next job was to interview the new MP. It was getting on for 2:30 am when I was told he was available. These were the early days of local radio and we were well down the media priority list.

I entered a brightly lit room and there was Brian Walden MP, on his own, reading some papers, with a cigar burning defiantly in an ashtray on the floor.

After introducing myself I prepared my sturdy Uher tape recorder for the interview. By now the partnership of tiredness and alcohol were doing their worst. I was not so much David Frost more Coco the Clown.

I was too clever to have written my questions down. I had them in my head didn’t I. But my head was still in the corridor outside dreaming of…….. well, that would be telling.

Switching on the recorder I pointed the microphone and ……… waited. My mind went blank. My mouth dried. What do I say?

Brian Walden thankfully was a pro. He knew the media routine better than most. He looked me straight in the eye. He’d already completed about half a dozen interviews and was in the groove.

A gentle and friendly smile broke out on his face. Did he know? Could he see? And without any prompt from me, he gave a perfect 30-second soundbite that needed no edit.

I did manage to follow up with a couple of mild questions but we both knew his first answer was the one that would get on the air.

I finished and thanked him. Profusely. He shook my hand and nodded. This was between him and me. And he saved my bacon.

That interview was a lesson learned for your fledgling respondent. An education in media affairs, and professional behaviour, never to be forgotten. He could have mocked me. Sent me packing. But he knew the advantage of getting his message across irrespective of the competence or otherwise of his interrogator.

Walden tired of being an MP a while later after. He was probably too bright. He turned himself into a highly respected journalist and broadcaster forensically challenging the arguments of his adversaries. I’ve always wondered if my little interlude helped him reach his career change.

The memory came rushing back when I heard of his passing last week. He knew that the message was important. The interviewer was just the conduit through which to speak to your targeted audience.

It’s a message I now teach to delegates in a range of media and presentation workshops. The idea is not to belittle the reporter. The purpose of any interview is to express your key points as best you can.

Ok. So I didn’t influence the great man. But he certainly influenced me. RIP Brian Walden.

Thank you, Ian. Much appreciated.

Graham Miller20th May 2019We're available online and on the telephone - let us help you take the media view.about.php?pg=2
Be the next to comment on this blog post.
LoginSign-up